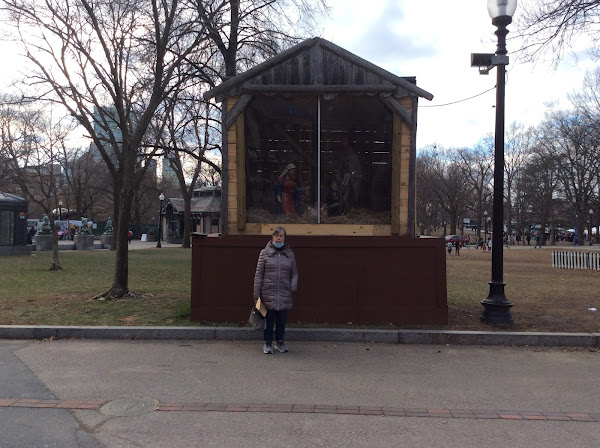 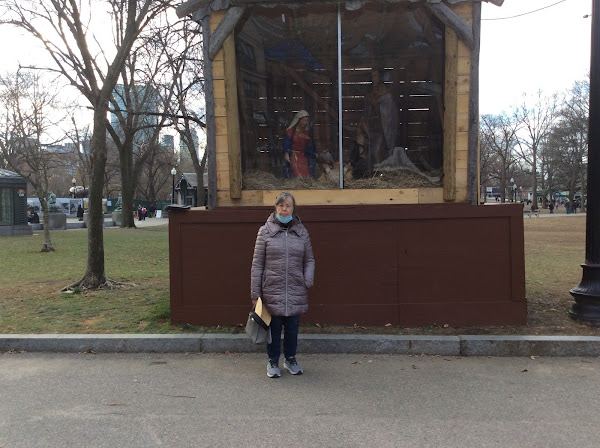 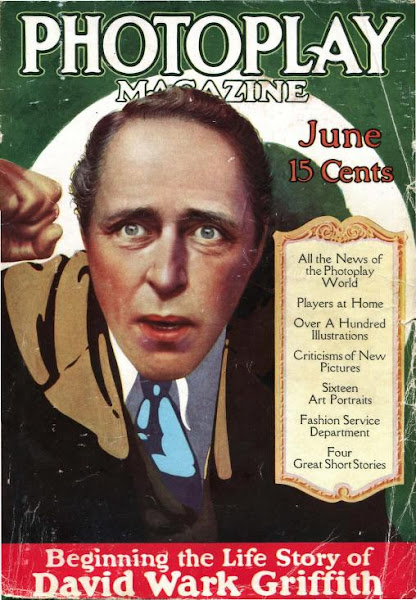 Three years before the premier of "Intolerance" (D.W. Griffith, 1916), author Eustace Ball, in the volume "The Art of the Photoplay" advised, "Put one plot at a time; the single reel picture lasts only eighteen minutes and only one line can be worked out well in this time. This is another important detail in which the photplay differs from the drama."
David Bordwell sees cinematic history as a "Basic Story" and that within this approximation, D.W. Griffith is attributed with having invented "cinematic syntax". This syntax is apparent in what Raymond Spottiswoode referred to as the "grammar of film", or shot structure and perhaps in what is expanded later into semiotics and the "grande syntagmatique". While crediting Edwin S. Porter with the use of crosscutting two simultaneous actions, Bordwell notes the crosscutting of four historical periods (seperate storylines, which thematically merge) in Griffith's film Intolerance, filmed thirteen years later. Scholar Phillipe Gauthier sees crosscutting as a programmed languague and dismisses the need to view D.W. Griffith as its inventor, but rather as his "method of film construction", which having previous existed, he "developed and systemized", specifically that editing used in chase scenes and last minute rescue scenes to meet the exingencies of his narrative technique. While properly evaluating the work of D.W. Griffith and the canonical structuring of editing through a "suspensefull call for help, the proximity of the threat and the last minute rescue", Phillipe Gauthier finds early examples of the origins of film technique neglected by earlier prominent film historians. The director of the 1908 Pathe film "A Narrow Escape", if nothing else, certainly does quite often cut on the action of the character leaving the frame.
Author Stanley J. Solomon, in The Narrative Structure of the Film, from his volume The Film Idea eescribes the use of simultaneuous threads of action to climax thematically, "The last two reels (of the total thriteen in extant circulating versions) are among the most exciting sequences in all cinema. As the four stories head toward their conclusions, Griffith begins to cut back and forth much more quickly than he did earlier- mainly without the interference of the image of the rocking cradle...delaying the outcome of each story and building up a tremendousamountof suspense." Solomon looks to Iris Barry often. Iris Barry herself, author of D.W. Griffith, American film master, notes "Intolerance" directed by D. W. Griffith as being seminal. "The film Intolerance is of extreme importance to the history of the cienema." Shesingles outshots that use only part of the screen's area, tracking shots and rapid crosscutting as techniques used by Griffith in extraordinary combinations with his camera angles.
Both Lillian Gish and Paul Rotha write of Griffith having found lines in a poem by Walt Whitman that were to connect the stories thematically, Gish appearing at intervals throughout the film to contrast the dramatic quickening of the pace of the film and lending it a symbolism, "Intolerance was, and still is, the greatest spectacular film." Motion Picture World during 1916 popularized the film as bringing Griffith to a pantheon by subtitling its review with, "Griffith Surpasses Himself by a Spectacular Masterpiece in Which All Traditions of Dramatic Form are Successfully Revolutionized." Paragraph subtitles were to include, "Original Method of Construction", "Human Interest in Abundance" and "Marvelous Spectacular Effects".
In her book entitled Screen Acting, Mae Marsh explains the differences between the acting required for each camera distance. She begins with telling us that during a long shot facial expressions register indifferently and need to be compensated by body movement. She allows that most dramatic action is filmed in three quarters legnth, from the face to the knees, intermediate shots that require both facial expressions and body movement.
It is thought that the later films of D. W. Griffith, including "The White Rose" (1923) with Mae Marsh, more elaborately presented theme as being intertwined with the drama in which the characters were situated. D. W. Griffith
Victor Sjostrom
Read the whole story 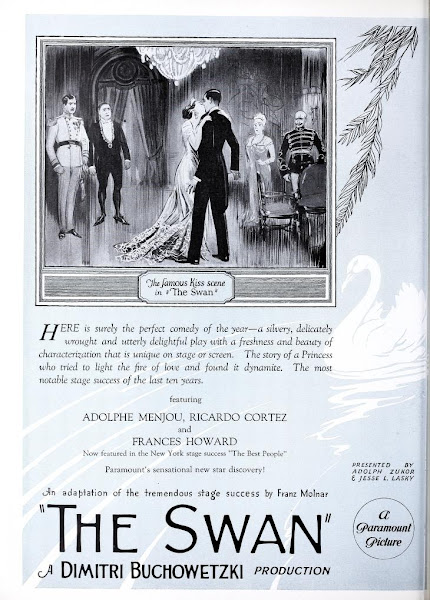 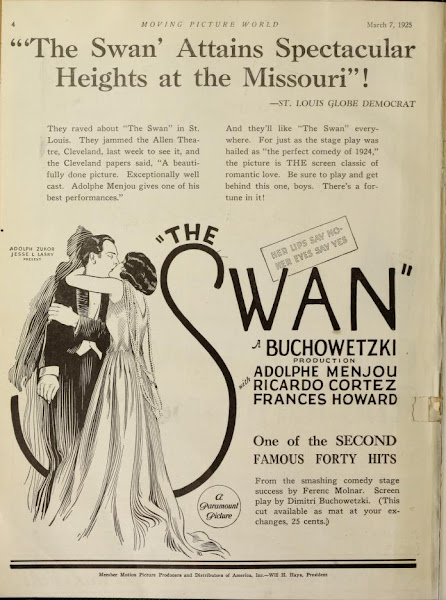 Author Paul Rotha, in his volume The Film Till Now, seems to have begun a retrospective on the work of film director Dimitri Buchowetski, "Of other European directors who have had their fling in Hollywood, Dimitri Buchowetski has not been successful." He apparently lacks the need to include Buchowetski having been taken of the set of the Greta Garbo film "Love", much like Mauritz Stiller had been taken of the set of the Greta Garbo film "The Temptress", and continues to asses other unsuccesul directors by merely listing them. The review of "The Swan" in the periodical "Film Daily" from 1925 predates Rotha, "Tinselled Production That Glitters With The Best Art Directors Can Give and the Best Buchowtski Direction" It noted the film's direction by Buchowetski as having been "excellant", claiming "his unusual skill is displayed throughout." Buchowetski wrote and directed the film. His cameraman was Alvynn Wycoff. Silent Film Victor Sjostrom The Grand Duchess and the Waiter
Read the whole story

During 1919, Victor Sjostrom directed the film “His Lord’s Will” (“His Grace’s Will” “Hans nads testamente”) from the writings of Hjalmer Bergman. Photographed by Henrik Jaenzon, it starred actresses Greta Almroth and Tyra Dorum. In bookstores during 1919, God’s Orchid, written by Hjalmer Bergman appeared published in its first edition, followed in 1921 by the novel Thy Rod, Thy Staff and in 1930 by Jac the Clown. The film was remade in 1940 by Per Lindgren, scripted by Stina Bergman and starring Barbra Kollberg and Alk Kjellin.